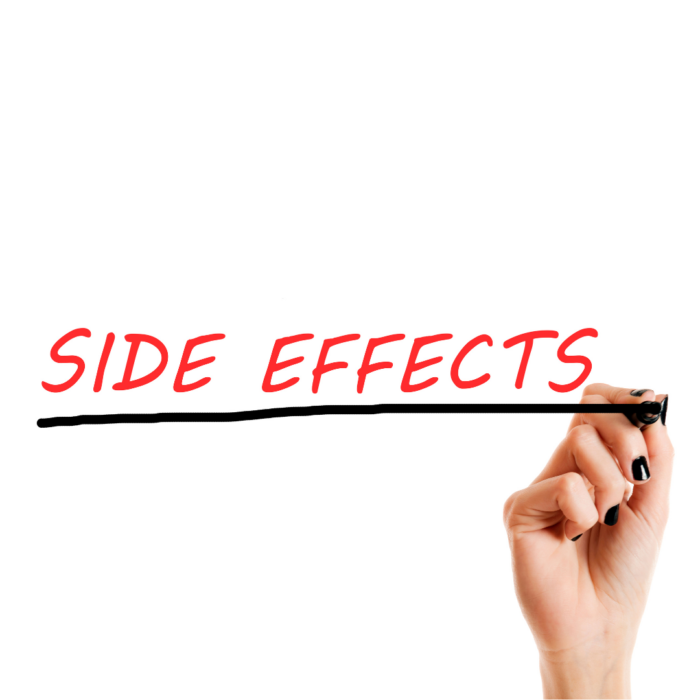 Hi, I am Kelly Boule. I am a hypnotherapist and a health and wellness coach here in the Kansas City area. And I have been working for, this year is my 23 year I will be in practice, and I get a lot of questions in regards to hypnotherapy. Part of what I do, a common question is, when I come in, will I experience any side effects of hypnotherapy?

But today we’re talking about the short-term. So I get clients that will call me up, and they might schedule a 2:00 appointment in the afternoon, and maybe afterwards they’ll need to go back to work for a little bit. And so they’ll ask me questions like, after it’s over, what am I going to expect? Will I be able to work? I have some clients ask me, will I be okay to drive? And so those are the questions that I want to answer today.

Many of the Side Effects are Positive

So the good news is, I am absolutely happy to report that over, I would say 95% of short-term effects, side effects of hypnotherapy are all very positive. So we’ll go over that today. So the top side effect, I get that’s the immediate feeling when you leave this office is that you’re very relaxed. So people, when they experience fitness therapy, they go into a very deep state of relaxation.

And I have another video where I describe what it actually feels like to be hypnotized for people and the various ways where the people respond in hypnosis. But a common thread through all of it is they have a very deep sense of peace and relaxation that you get to leave with. Not just in here, you get to actually take that with you back to your house, oftentimes into your normal day over the course of the next few days. So relaxed is the top immediate side effect.

Some clients will report that they feel lighter. They’ll come in feeling we feel burdened and pressured by could be work life, schedules, things to do. And so often I get a lot of people tell me sometimes will text me when they get home that evening after a session, and they’ll say, wow, like, I walked into your office with the weight of the world, and man, I feel like I’ve lost 10 pounds from the standpoint of all this off my shoulders. So feeling lighter is a very common side effect.

Another side effect is improved mood. People come in and kind of feel one way, and they’ll leave, and they’ll be like, wow, I feel a lot better and that typically will stay with them for the duration of the rest of the evening. Sometimes it can last up to a few days where you just have this overall sense of greater wellbeing, I have some clients describe after a hypnosis session that that’s the most peace they’ve had in months. I’ve had a client recently that said years. So peace, relaxation, improved mood and quality of sleep. I have some people that have a little bit of insomnia issues and when they experience hypnosis, they’ll say, you know what? That night I slept like a baby. I slept like I haven’t slept in years.

So those are the most common side effects. Could there ever be anything else that would be described as I hesitate to use the word negative. To be honest with you, in the 23 years, I have never had one client and I’ve seen thousands of clients now, I’ve never had one client call or message me that night or the next day or a week later saying this screwed up my life, this screwed up my head. I feel awful. I’m happy to report I’ve never had a client share that with me.

Again, we see movies on TV shows that sometimes will be about a character going into this hypnotherapy session and they’ll leave and all of a sudden it’s opened up this door that takes them down, this wormhole in their mind and they’re stuck. Or they can’t close the door, they can’t get out of it. Again, I can be a sucker for those movies, but I’m happy to report that’s not real life.

But back to what I was saying. Sometimes I will have clients that will say, wow, after my hypnotherapy session, I felt really relaxed, but I was really tired and I went home and slept like a rock. So that’s not a bad thing. But sometimes fatigue, especially right after the session, can be a side effect. Again, I wouldn’t describe it as negative. I get clients that come in here a lot of times for anxiety issues.

And so when you have anxiety, your adrenaline is going and you’re hyped up and your nervous system is hyped up. And so when you experience the hypnotherapy, what it’s actually doing is it’s relaxing your nervous system. So you feel tired because actually, physically your body had already been tired. As a matter of fact, a lot of people who have anxiety and a lot of adrenaline will describe kind of an exhausted feeling overall in their body, even though it feels kind of ramped up and on edge. So hypnotherapy can help that nervous system to calm down a lot.

But a side effect can be immediate fatigue just because you have been tired and now you’re really experiencing that tired because adrenaline is not surging through your body anymore.

Another one is. Again, I don’t think this is negative, but some people come in. A lot of people that come in that want to work on anger. Maybe they have anxiety and it’s coming out as irritability. So occasionally I’ll have a client come in and after they experience therapy session, not always during the session. During the session you’re usually really relaxed and pretty mellow. But sometimes they’ll say, you know what, after the session I went home and I had a good cry or I felt a little sad for a couple of days, but I’m happy to report that after a few days that anger that I had that I came in with, that’s gone. I’m treating my wife or I’m treating my husband a lot better. My kids, I’m a lot nicer to my kids because often times when we feel angry, that is just a temporary emotion that’s masking grief or sadness or fear. And so what hypnotherapy can do for people is it can help you just move through that process a little bit faster. So anger can turn to grief or a release of some sad emotions and then the next phase of that is peace. So sometimes that can happen too.

And the only other thing that occasionally, probably in 5% of my clients, they’ll describe that sometimes after a hypnotherapy session, especially a first hypnotherapy session, for some reason it doesn’t tend to affect people over and over again in the same way. But sometimes after a first hypnosis sessions, some people will say, I had a slight headache. It wasn’t enough for me to need to take aspirin or Advil, but it was like just kind of a slight, slight headache and it went away after a couple of hours.

And what that can be from is often pent-up emotions. So if there’s something that’s buried deep in that you’re needing to get rid of and let go of so you can move on and feel better and go forward in your life, sometimes that can come out of our body physically in the form of a little tiny headache. I actually had that the very first time I used hypnotherapy as a client myself. I left and I felt really relaxed and a couple of hours later I had just a very slight right in here, just kind of a slight dull I wouldn’t even call it a pain. I would just call it a slight tiny headache, didn’t have to take anything for it.

And after about a couple of hours it went away. And of course I felt wonderful, obviously, or I wouldn’t be doing this for a living. So sometimes I get it maybe 5% of people will report that and that’s really about it.

Oh, another side effect. This is not really good or bad, but I have a lot of people who will come in and use it and after they open their eyes and get done, they’re aware their stomach is growling and they’re hungry. I don’t think that is really a direct side effect of hypnotherapy. I think that oftentimes people come in, they’re living their lives and busy or going 100 miles per hour and some people are just kind of disconnected from their body and their stomachs and don’t know that they’re a little bit hungry.

So that can be a common side effect. And I think it’s just because, again, you’re relaxed, your emotions are winding down. And when I say hungry, I don’t mean it’s a craving. I do not mean that it’s a craving. So for you people that are wanting to work on weight loss or binging, no, this is not going to cause you to leave here and go on a binge or anything like that. It’s just mainly for people, maybe they’ve gone too long that day without eating, and they’re like, I’m relaxed and oh, I think I’m a little bit hungry, but that’s about it.

The good news is, and I’m happy to report that most of the side effects are very positive. And the other ones really aren’t negative, they’re just kind of different. Some people don’t expect them. So, anyway, if you have any questions about this video I made today, you can comment here in the thread below.

Or I’d be happy to do a personal consultation with you. I offer free 10 to 15 minutes consultations and you can get a hold of me either texting is the fastest way nowadays, but emailing is fine too. You can find my email on my website. Hypnokelly.com a. As always, it is great hanging out with you. I read your comments. I love getting your messages. Thanks so much and have a great day. I will talk to you guys soon. Bye.